The purpose of the Railway Photographic Society (RPS) and its successor the Rail Camera Club (RCC) has been, and still is, to improve the standard of railway photography. The method of achieving this aim has also remained the same since the formation of the RPS in 1922, namely by circulating folios of member’s prints for comment and criticism and enjoyment by fellow members. The National Railway Museum (NRM) records that the formation of the RPS was instrumental in improving the standard of railway photography.

The Honorary Secretary of the RPS throughout its 54 years of operation was Maurice W. Earley (1900 – 1982) who was widely regarded in his time as one of the finest railway photographers. When Maurice retired as Secretary in 1976, he also ‘retired’ the RPS and the Society disbanded but a group of existing members decided to continue and the Rail Camera Club was formed with eminent Carlisle-based photographer, the late Stephen Crook as its first Secretary. David Gibson, also from Carlisle is the current Secretary. Over the years both the RPS and RCC have counted within their ranks many of the UK’s great railway photographer. 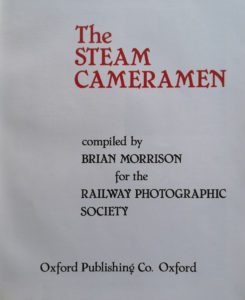 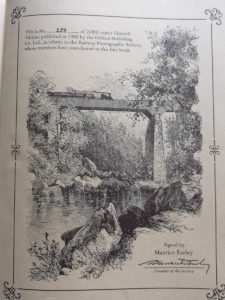 A few years after the formation of the RCC, the book ‘Steam Cameramen’ was compiled by Brian Morrison and published by the Oxford Publishing Company to celebrate the fifty-four years of the RPS and the work of its Members. 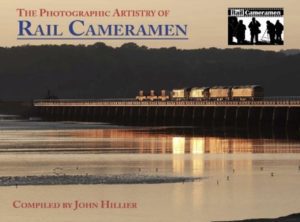 In 2018, to mark the launch of the 100th Round of the RCC folios, the book ‘The Photographic Artistry of Rail Cameramen’ was published to showcase the continuing work of the Club. Compiled by RCC member John Hillier and published by Silver Link Publishing, it was launched at the opening of an exhibition of members’ work at the NRM in Shildon which ran for three months. The book proved so popular that ‘Rail Cameramen 2’ was published the following year. Sales from both books enabled the publisher to make a sizeable donation to the Railway Children Charity. 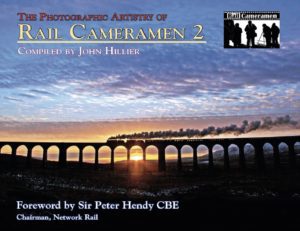 The photographs from the Shildon Exhibition have since appeared at the Warley Model Railway Club’s exhibition at the National Exhibition Centre at Birmingham and were recently on display for two months at Leeds Station, courtesy of Network Rail.  It is hoped that a permanent home can be found for these photographs.

An interesting fact is that the RPS came into being the same year that a certain H.N. (later Sir Nigel) Gresley saw the first of his new class A1 pacific locomotives emerge from Doncaster Works, the third off the production line in the following February being the iconic A3 No. 4472 ‘Flying Scotsman’. So, like the ‘Scotsman’, and thanks to overhauls along the way, the RPS/RCC line also continues in working order to the present day and hopefully both have a secure future. The changes that have taken place over these years is immense, both in the technology of the photographic equipment available to us and to the railway and its trains that we are recording. It is pleasing therefore to know that the production of prints for assessment is still the methodology we use.

It is reassuring to know that railway photography is as popular as ever, no doubt mostly, but not entirely, helped by the availability of high-quality digital cameras, and that we are all privileged to still have so much subject matter to photograph. The ever-changing and evolving working railway, main line charters with ‘heritage’ traction, including steam, diesel and electric, and the numerous preserved heritage railways, all feature in our Folios. But with this privilege comes responsibility, and it is important that our hobby is undertaken in a manner that does not compromise the safety of ourselves or the safe operation of whichever part of the railway we choose to record.

The accurate recording of information about the railways is essential for railway historians and researchers, as is the archiving of such material for these purposes. The ‘Rail Cameramen’ books have benefitted from archives at the National Railway Museum, the Armstrong Trust, the Cumbrian Railways Association and Rail Archive Stephenson and others. Many RPS/RCC Members have either authored books or contributed to books and magazines over the years.  It is important therefore that we acknowledge the encouragement and assistance that we all receive from this wider railway community, including of course the railway press who use our images in their publications.

Our latest venture, again with John Hillier as the driving force, has been the ‘Young Railway Photographer of the Year’ Competition, to encourage and support the younger generation of railway photographers. The winners were announced and presented with their awards by Sir Peter Hendy, Chair, Network Rail at an event at the National Railway Museum at York on 24 February 2022, which was also when the re-launch of the Railway Photographic Society was announced.

We must pay tribute to Maurice Earley and his friends who were the founding members of the Society, and to Stephen Crook for his enterprise in forming the RCC in order to continue the work of those pioneers. By re-establishing the Railway Photographic Society, we hope to continue with their mission for many years to come.